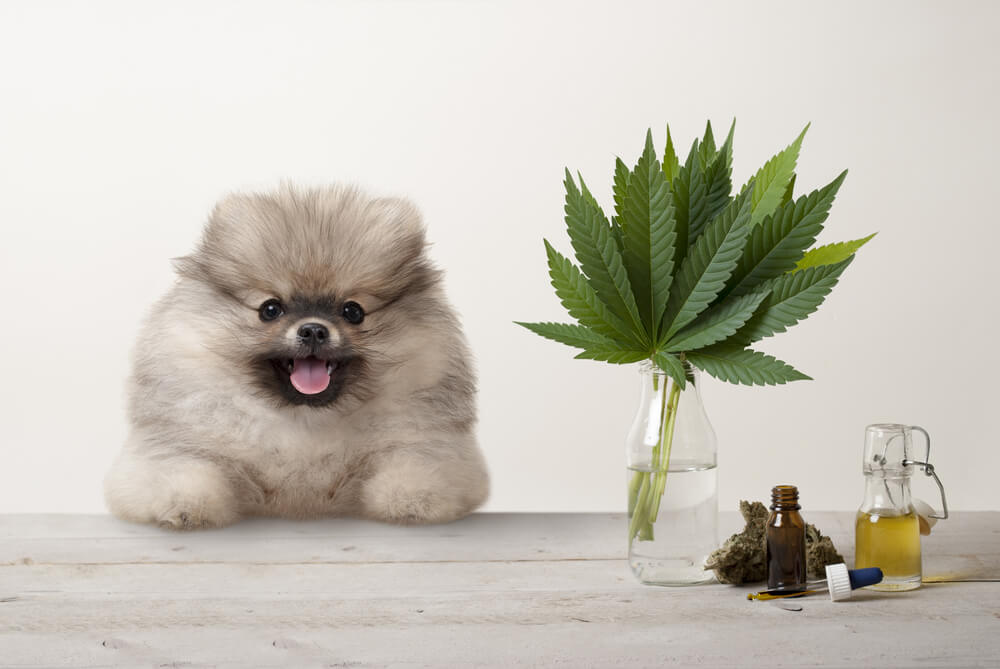 Martha Stewart, the former TV host, and entrepreneur who built a highly successful lifestyle brand and media empire, recently turned her attention to cannabis. Stewart is currently working with Canopy Growth, a Canadian company to produce CBD products for pets.

By September, Canopy Growth plans to introduce CBD products designed for pets in conjunction with Stewart as a consultant. The Martha Stewart pet project is just one line of new products from Canopy Growth. Other new product releases include a variety of delicious cannabis-infused beverages such as Tweed Bakerstreet and Ginger nad Tweed Houndstooth and Soda.

However, Canopy Growth’s line of CBD for pets likely will be among the company’s biggest ventures yet. Martha Stewart is a household name who commands a huge audience; 7.3 million read her Martha Stewart Living magazine monthly. Furthermore, Stewart’s fans are 90% female with an average age of 55, and more importantly, they have an impressive median household income of $82,175. That’s a very strong demographic.

Stewart’s business move into the cannabis market is not unexpected,; she has promoted CBD on her website. Stewart has formed a friendship with rapper, businessman, and cannabis aficionado Snoop Dogg; Snoop has also partnered with Canopy Growth, as well as other celebrities. Snoop also owns the popular cannabis magazine Merry Jane and has his own line of cannabis products, Leafs by Snoop.

Snoop and Stewart also partner on the VH-1 show, “Martha & Snoop’s Potluck Dinner Party.” Snoop’s cannabis use is the stuff of legends, but Stewart said that never bothered her. “I’m quite liberal and egalitarian when it comes to things like that,” said Stewart.

It was Snoop who introduced Stewart to Canopy Growth’s then-CEO, Bruce Linton, back in 2018. The Stewart partnership has been hailed as a huge win for the legal cannabis market, bringing one of the most trusted and mainstream faces in the world to the world of legal cannabis products.

In recent years, Stewart has shifted her focus from creating domestic bliss to focusing on helping animals. A photo of Martha with two of her dogs highlighted her announcement of her partnership with Canopy Growth.

However, two dogs are just the tip of an animal-loving iceberg for Martha. Stewart’s website reports she has:

A number of cats

Martha Stewart is a Long-Time Advocate for Animal Wellness

Stewart has been a long-time advocate for animal wellness. In fact, Stewart has had a line of pet products for many years, that includes collars, leashes, bedding, bowls, and dog clothes.

The CBD products venture into the realm of pet neutraceuticals. Stewart promotes CBD as a way to help pets cope with health issues such as arthritis and anxiety, without giving them pharmaceutical drugs.

On her website, Stewart posted an article about giving your pet CBD, pointing out that CBD does not contain THC, the compound in marijuana that induces a high. While dogs are sensitive to THC, that’s not true for hemp-derived CBD products.

Legal guidelines in the United States that require hemp used to produce CBD must have less than 3% THC.

That has made CBD oil and treats for pets very popular. CBD oil has proven very effective for pain relief in dogs who suffer from arthritis and joint pain. It’s also become a common treatment for inflammation, seizures, nausea, and helps to stimulate the appetite. In addition to CBD oil for pets, CBD is also made into tasty treats that are easy to administer.

Canopy Growth’s partnership with the iconic Martha Stewart is sure to elevate CBD to a new level.