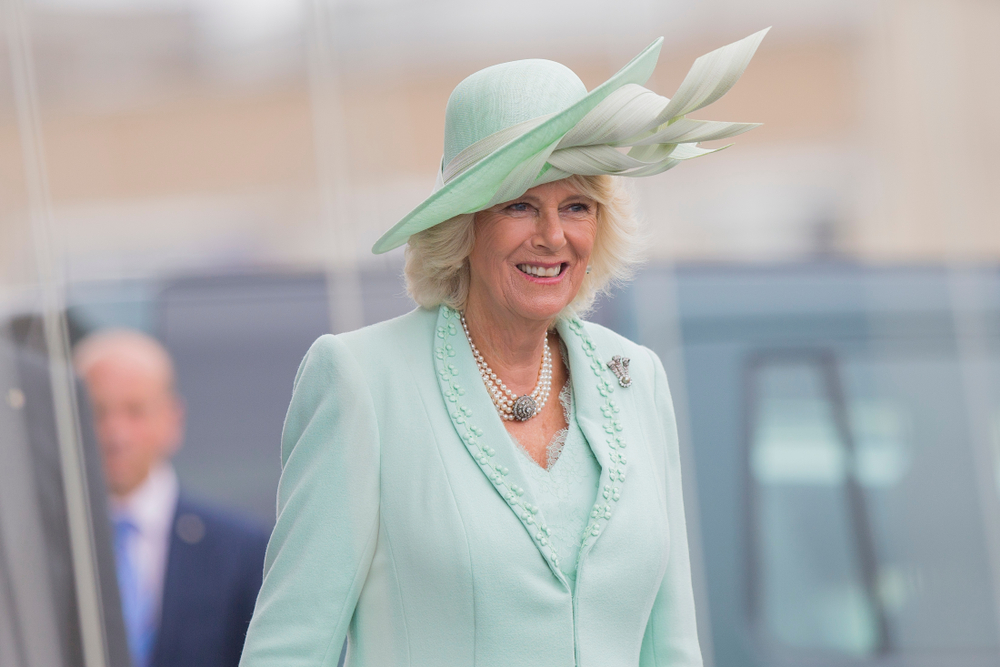 The Duchess of Cornwall revealed at a London event that she’s heard “fantastic things” about CBD.

Camilla, 72 was attending the Swiss Cottage Farmers’ Market in north London with Prince Charles when she came to the Hempen Stall, a seller of CBD oil.

After sampling a variety of cheeses, cakes, and caviar to celebrate the 20th anniversary of the markets, the Royal decided to give CBD a try.

While discussing the benefits of the oil with stall owner Sophia Lysaczenko, Camilla tried a sample and declared it “delicious.”

She added, “This oil is so fantastic. It helps so many people. I’ve spoken to people who have serious conditions such as epilepsy that have benefited from it.”

Later Lysaczenko told the Daily Mail, “She knew instantly what hemp was and was very knowledgeable about it. She seemed very on board. She said she had spoken to someone who suffered from epilepsy who had benefitted from CBD oil.”

Lysaczenko later added, “It was so encouraging to hear.”

The stall owner, 31, describes herself as a hemp farmer and has been licensed for the last three years to produce CBD oil. She works on a hemp co-operative in South Oxfordshire.

The oil Camilla tried was from an £8 bottle said to contain more beneficial omegas than fish oil. Describing it as “wonderful,” she asked how it was made and engaged in conversation about the product.

The CBD industry in the UK is now worth £300 million and is estimated to quadruple over the next two years. In the US, the cannabis byproduct is worth $367 million and experienced growth of around 40% since 2017.

READ
CBD for Pets: Should You Give Your Cat or Dog CBD oil?
Powered by Inline Related Posts

Simon Manthorpe, CEO of EOS Scientific, a UK CBD oil testing service, said he had big hopes for the future of CBD.

Speaking to Express, he said, “With greater research, we could see CBD oil become much more prevalent in the world of medicine, with it becoming the hero of modern medicinal practices, in some cases.”

Some studies have also shown that CBD could help children with autism to focus and remain calm in stressful situations.

Manthorpe added, “However it isn’t just in the realm of medicine that CBD could have a huge impact. We have seen consumer markets in the UK inundated with the infusion of CBD, revolutionizing cosmetics and consumables. Between 2017 and 2018, CBD usage in the UK grew by 99 percent.”

He remains hopeful that now CBD has been labeled a “right royal affair” by Camilla, we could possibly see the Queen giving her seal of approval.

CBD, or cannabidiol, has grown in popularity across the USA since the Farm Bill was passed in 2018. CBD is labeled as legal in the UK under the Misuse of Drugs Act 1971. It was made available for prescription in England, Scotland, and Wales on November 1.

While smoking cannabis is illegal in many states because of its psychoactive effects, CBD does not have the same effect as it contains little THC (tetrahydrocannabinol).

In fact, the law states that CBD products, whether oils, creams, or edibles, should contain no more than 0.3% THC.

CBD oil is made by extracting CBD from the cannabis plant, usually via CO2 extraction, and adding it to a carrier oil such as coconut or hemp seed oil. Its ability to affect the body’s endocannabinoid system makes it a great all-rounder for various health issues.