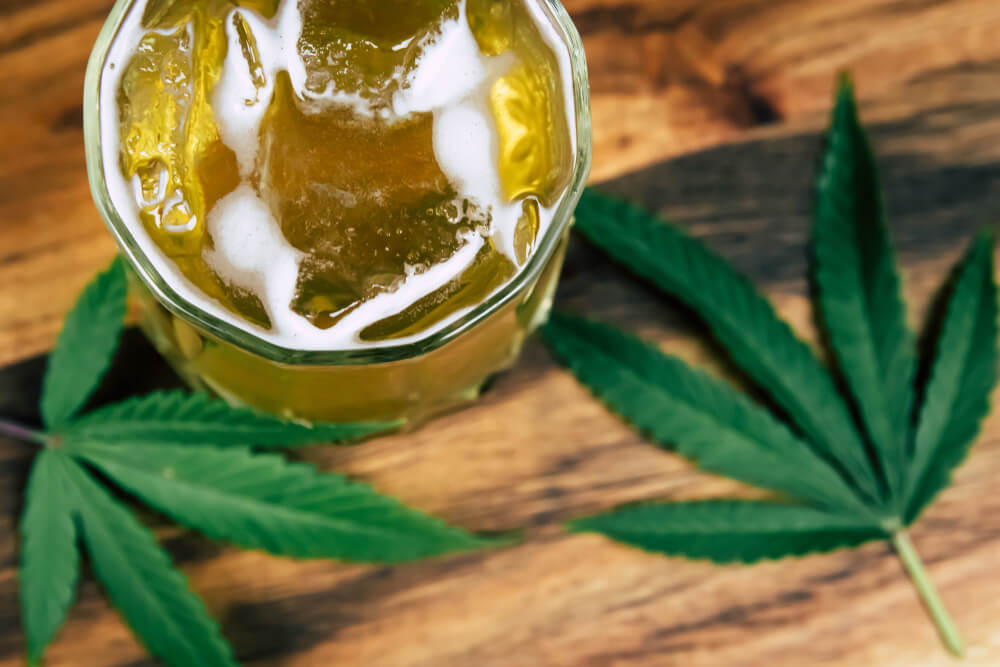 Two of Alabama’s beverage kings have teamed up to create a brand new CBD drink.

Each serving contains 10mg of CBD isolate, which does not contain the psychoactive ingredient THC, and comes in at just 45 calories — about a third of a traditional soft drink.

While CBD drinks are fairly new to the market, they have the potential to grow if the FDA publishes further regulations permitting them.

Smith and Wilson have said they believe their new product will play a “significant role” in the future of the beverage industry, with the ability to be expanded into bottled water, coffee, energy, and sports drinks.

Speaking to AL.com, Smith said, “Our goal is to establish Head Water as the leading CBD infused beverage in the United States, and we look forward to being part of the growth in this segment.”

Wilson added the pair ensures their product goes through the highest standard of quality control and looks forward to further FDA guidelines on the sale of CBD products.

CBD food is technically unwelcome in the eyes of the FDA, but a lack of published regulations has made it difficult for companies to discern FDA’s intentions toward CBD additives in food products.

READ
Can You Buy Kratom Tea Everywhere in the US?
Powered by Inline Related Posts

Wilson pointed out that, “We have been very diligent in our development of this product, and the CBD used in Head Water is tested by an independent 3rd party laboratory. The results of these tests are available on our website.”

The news comes after Coca Cola shut down rumors it would be making its own CBD beverage after it started talks with Canada-based Aurora Cannabis back in 2018.

On its website, Head Water states, “All formulas are developed by beverage professionals and scientific experts in the hemp industry. Containing only 45 calories per serving, Head Water is designed to be a refreshing and relaxing alternative to traditional soft drinks. Head Water contains no artificial flavors, no artificial colors, no artificial sweeteners, and no preservatives.”

The site also gives visitors a chance to view its lab papers from ProVerde Laboratories, which prove Head Water drinks contain no THC.

It is thought the effects of a CBD drink take around 2 to 5 hours to become apparent as the liquid makes its way through the digestive system, and effects could be felt for days following.

CBD became legal when the Farm Bill was passed in 2018, and the market has gone from strength to strength ever since.

Under legal guidelines, CBD products must contain no more than 0.3% THC, the chemical found in marijuana which is responsible for its psychoactive effects.

Cannabis is medically legal in Alabama, but is yet to be decriminalized and is still a felony under some circumstances.

Many now take CBD regularly due to its apparent therapeutic effects, including the ability to reduce pain, relieve anxiety, and clear acne.

Around 14% of Americans regularly use CBD, according to an August 2019 Gallup poll, while 35% were not familiar with the compound at all. Younger adults reported using CBD much more than those in older age brackets.

The CBD market in the US is set to rake in between $2.25 and $2.75 billion this year according to market research firm Nielsen.