Former NBA player Al Harrington is pushing for the basketball league to remove CBD from the banned substances list.

The sports-veteran-come-founder of cannabis company Viola is lobbying for his league to move in the same direction as the Major League Baseball, which now no longer drug tests for the substance.

Medical marijuana is now legal in thirty-three states, eleven of which have legalized the drug for recreational use, including New York City, Los Angeles, and Chicago.

Harrington is pushing for the NBA to allow players to take CBD, a non-psychoactive hemp plant derivative.

In an ideal world, he’d like to see marijuana completely accepted–but believes the less-stigmatized product is a good start.

Speaking to The Washington Post, Harrington said: “The day-to-day pain management issues that players deal with can be dealt with through cannabis, something that’s all-natural and nowhere near as harmful as the stuff that they’re using now.”

He added that many players are currently given highly addictive opioids to ease pain.

Re+Play claims to sell ‘effective, all-natural plant-powered medicine’ in the form of pain cream which ‘relaxes and calms’ the body. The cream only contains less than 0.3% THC, the chemical in cannabis that gets users high, as per FDA guidelines.

Now, Harrington says NBA players are ready to support the use of various forms of cannabis, claiming that 90% of the players he speaks to support the drug as a whole.

He adds that their backing is necessary for complete change in the NBA’s drug use rules.

“I know that in order to get things done—because I’ve played in the league so long— it has to start at the players,” he said. “That’s when barriers can be­ ­broken down.”

Things may be set to improve on that front; Michele Roberts, the National Basketball Players’ Association Executive Director, says a policy change could be in place by the 2020 presidential election.

NBA Commissioner Adam Silver has also said he’ll be reconsidering the ban as the association moves forward in its research on the effects of medical marijuana.

For now, all marijuana products remain banned substances under the NBA/NBPA Anti-Drug Program.

Former NBA player Antonio Harvey is also a huge advocate for the use of cannabis in sports.

The player came into the league in 1993-94 before marijuana was added to the banned substance list. Harvey’s view is that it would be better to ask if he knew of any players who didn’t use weed back at that time, answering with ‘very few’.

Harrington, 39, agrees with Harvey; he turns to cannabis to move pain-free through his day after experiencing a colossal thirteen surgical operations in his sixteen-year career.

He revealed that he first started taking CBD oil back in 2012 when a surgical procedure didn’t quite go as intended, and from then on, Harrington’s been relying on taking 25 milligrams of a CBD tincture per day.

The former player reports he also started to smoke cannabis later on in his career, when signed with the Washington Wizards, so much so that he used to own his own marijuana greenhouse in Denver, growing 80 plants.

He estimated that seven players on the 2013-14 Wizards team used cannabis in the offseason.

There’s now a whole range of great CBD oils on the market; check out the very best products for 2020 here.

5 Things You Should Know About CBD Hemp Flowers

You’re Not Growing Your Own Cannabis Yet? 4 Reasons Why You Should Start Today 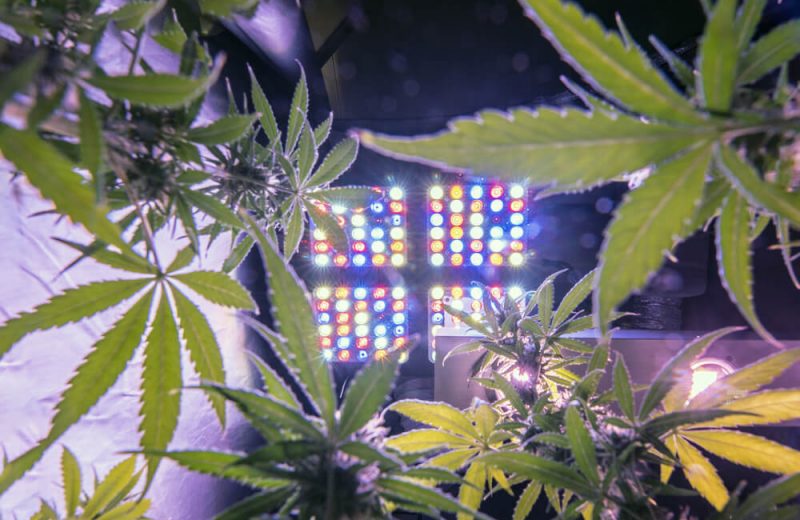 Everything You Need to Know About Using CBD Isolate Powder